The Geneva Foundry was an important economic driver in the Western New York town of Geneva, but after 125 years of operation the foundry was closed in 1988. Analysis of sludge from the foundry’s air pollution control system installed in the 1970s indicated that lead and arsenic were likely emitted prior to its installation. These emissions are a source of potential contamination for the community surrounding the site. Jim Craft, an Environmental Geologist with the New York State Department of Environmental Conservation (DEC), was tasked with evaluating the area to determine the nature and extent of the impact on soils nearby. The DEC is the organization in charge of improving and protecting the state’s natural resources and environment. 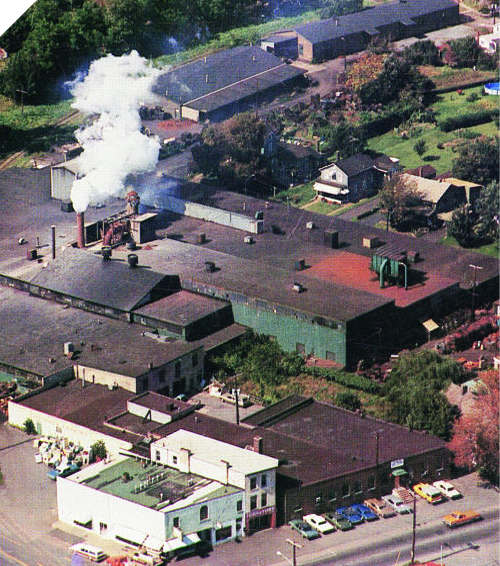 A large number of samples were needed to characterize the area of interest.

The regulations required that contamination that resulted from airborne emissions from the foundry were discernible from those contributed by other sources. In addition, because the contamination source was airborne, the size of the area to be surveyed was quite large. In order to complete the project objectives, a considerable amount of soil testing was needed.

There were other potential sources of contamination.

The area surrounding the Geneva Foundry is primarily residential which presents its own challenges. House paint containing lead most likely mixed into the soil near residences and emissions from automobiles burning leaded gasoline near roadways could contribute to lead levels seen in soil. Visual inspection of soil in the area showed that, in a few locations, disposal of coal cinders and ash from residential coal furnaces was probable. Analysis of these cinders showed elevated levels of arsenic. Precise measurement was needed in order to identify clear outliers that could be attributed to these sources.

Measuring soil always presents issues related to heterogeneity. Soil is composed of a mixture of organic and inorganic materials made up of various particle sizes. Materials in the soil such as clay have higher adsorption of metal contaminants like arsenic and lead. Smaller particles of soil will have larger surface area per unit weight for adsorption and lead to higher concentration. Even homogeneously distributed contamination can become more heterogeneous as wind, erosion, and rainfall interact with the soil and contaminant properties to effect change. In a residential area, factors such as soil addition or subtraction could be expected from routine gardening or landscaping activities. If insufficient data were to be collected, there would be a much higher probability of improperly assessing the effects of foundry emissions.

Measurement methods were unfavorable to the project.

In order to build an accurate model of the area, a considerable amount of sampling was needed to identify the extent and nature of contamination from the airborne foundry emissions. In the past, the DEC had utilized field measurement equipment to quickly measure lead in soil and build a data set to begin to interpret the situation. This was highly valuable in building a sampling strategy to ensure enough data was collected to draw conclusions. Unfortunately, the equipment was not sensitive enough to detect arsenic in single digit parts per million. In order to analyze arsenic for this investigation, laboratoryquality measurement was required. This would require considerable time to analyze samples off-site and add additional cost to the project.

“ With the money spent at this site, we could buy an HD Rocksand and complete the investigation in a week with a few lab confirmatory samples.” 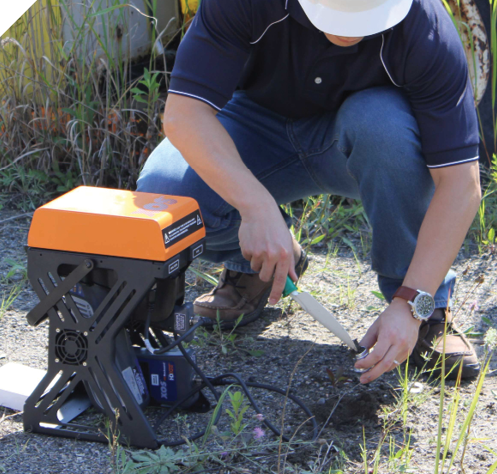 The DEC already had the ability to quickly and easily measure soil samples for lead in the field using portable XRF technology. What was missing was a portable technology to measure arsenic at the regulatory limit. To measure the Geneva Foundry site, HD Rocksand was used. This new technology uses X-ray optics to lower background signal and produce a focused excitation beam that is capable of achieving much lower limits of detection than previously possible in a field measurement analyzer.

By using HD Rocksand, the technology was available to build the large data set needed to characterize the area and record enough samples to understand the heterogeneous nature of the contamination surrounding the Geneva Foundry. After some preliminary testing, the DEC used probability theory and cumulative binomial distributions to create an experiment to determine that by sampling six discrete samples in each residential property, they would be able to confidently identify contaminated properties in the area.

To mitigate the issues caused by alternative sources of arsenic and lead, areas near roadways were screened which showed that lead concentrations in those areas did not demonstrate a measurable increase relative to the background concentration in the area. To avoid misidentifying lead from paint on the nearby houses as being from the foundry emissions, samples were taken away from drip lines and the areas adjacent to houses. By rapidly measuring on-site with HD Rocksand, needed measurements were taken in a much shorter time than would have been required to collect and send samples off-site to a laboratory. Thus, the project could be completed on a short timeline and with a significantly reduced cost.